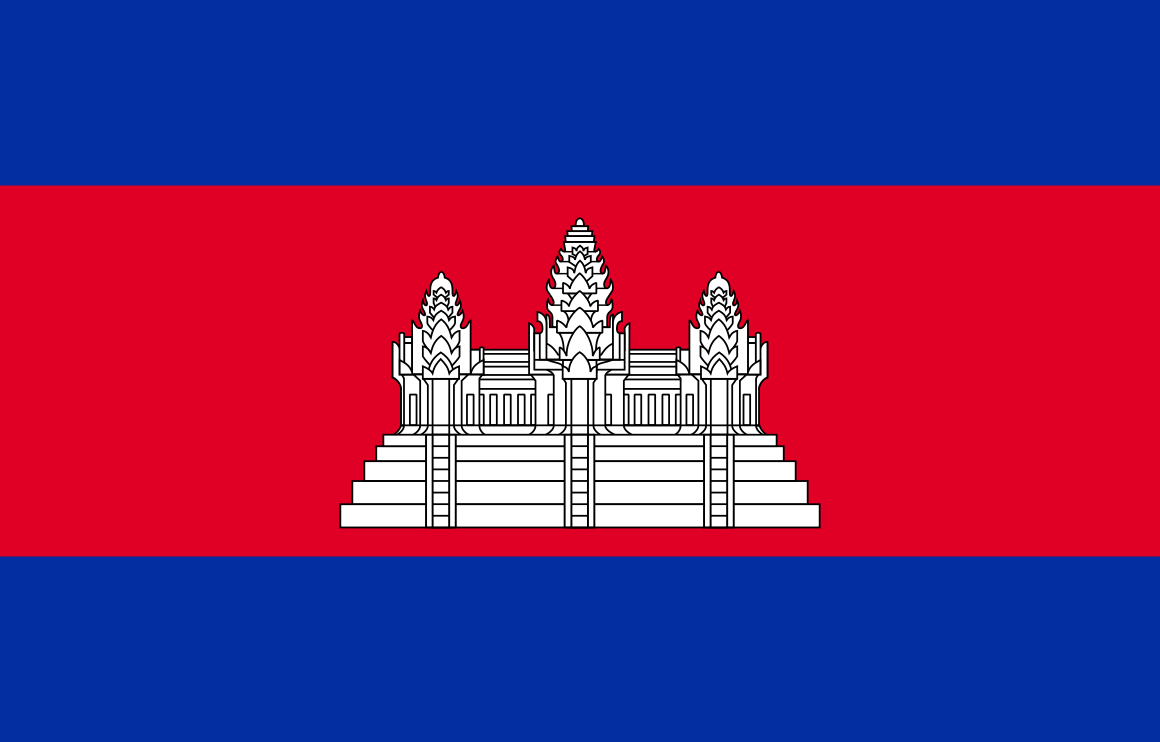 Cambodia (/kæmˈboʊdiə/ ); also Kampuchea /ˌkæmpʊˈtʃiːə/; Khmer: កម្ពុជា Khmer: [kam.pu.ciə]; French: Cambodge), officially the Kingdom of Cambodia (Khmer: ព្រះរាជាណាចក្រកម្ពុជា, prĕəh riəciənaacak kampuciə, IPA: [prĕəh riə.ciə.naː.caʔ kam.pu.ciə]; French: Royaume du Cambodge), is a country located in the southern portion of the Indochina peninsula in Southeast Asia. It is 181,035 square kilometres (69,898 square miles) in area, bordered by Thailand to the northwest, Laos to the northeast, Vietnam to the east and the Gulf of Thailand to the southwest. The sovereign state of Cambodia has a population of over 15 million. The official religion is Theravada Buddhism, practised by approximately 95 percent of the population. The country’s minority groups include Vietnamese, Chinese, Chams and 30 hill tribes. The capital and largest city is Phnom Penh, the political, economic and cultural centre of Cambodia. The kingdom is an elective constitutional monarchy with a monarch, currently Norodom Sihamoni, chosen by the Royal Throne Council as head of state. The head of government is the Prime Minister, currently Hun Sen, the longest serving non-royal leader in Southeast Asia, ruling Cambodia since 1985. In 802 AD, Jayavarman II declared himself king, uniting the warring Khmer princes of Chenla under the name “Kambuja”.  This marked the beginning of the Khmer Empire, which flourished for over 600 years, allowing successive kings to control and exert influence over much of Southeast Asia and accumulate immense power and wealth. The Indianised kingdom facilitated the spread of first Hinduism and then Buddhism to much of Southeast Asia and undertook many religious infrastructural projects throughout the region, including the construction of more than 1,000 temples and monuments in Angkor alone. Angkor Wat is the most famous of these structures and is designated as a World Heritage Site. After the fall of Angkor to Ayutthaya in the 15th century, a reduced and weakened Cambodia was then ruled as a vassal state by its neighbours. In 1863, Cambodia became a protectorate of France, which doubled the size of the country by reclaiming the north and west from Thailand.